I remember when I first started taking photos, I was so amazed by shot of lightning or fireworks. How did photographers manage to freeze them right as they were happening? But really, the answer is simple: instead of taking a photo in a fraction of a second, take a photo that is five, 10 or 15 seconds long. That’s the trick. While that might be old news for some, I still love seeing the results!

I tried out the technique during a fireworks show at Mooney’s Bay during the Queen Victoria Day long weekend. This shot is one of my favourites, as I managed to get the focus just about bang on, and the fireworks really fill up the sky.

So, this photo and the others are not just a snapshots of one moment. It’s actually 15 seconds worth of action in one photo. 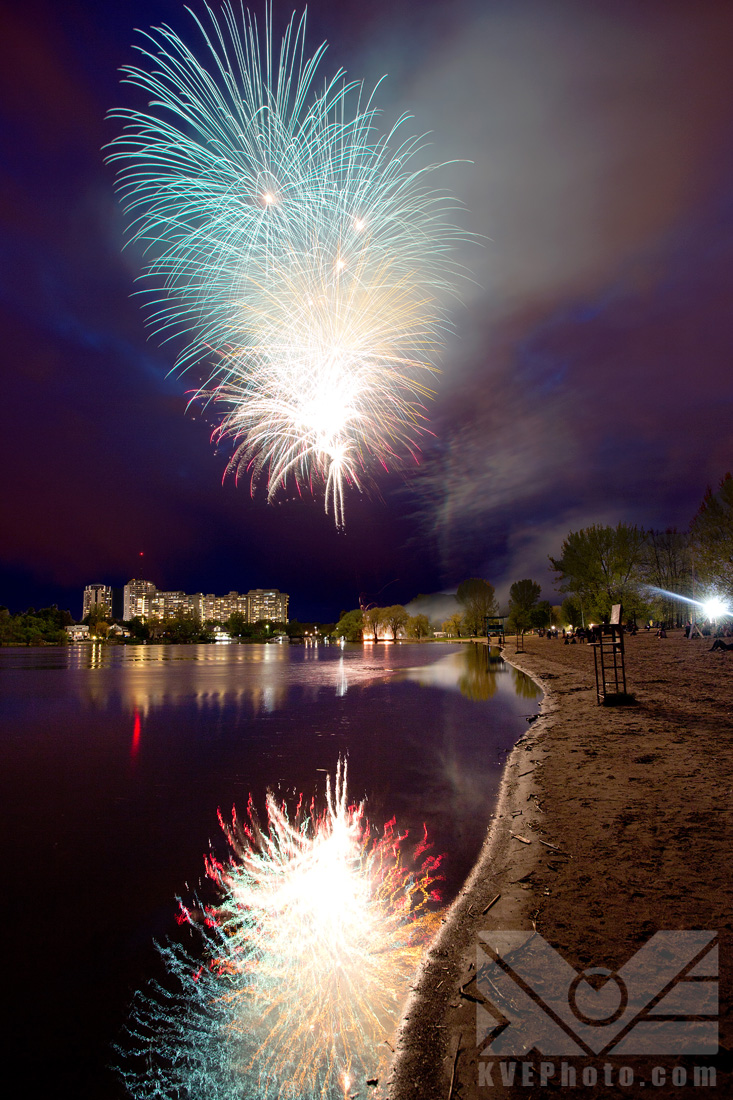 I was lucky enough that the show was just a block or two away from where I live, so I knew where I wanted to take the photos from. I kept a fair distance from where the fireworks were taking off , and made sure to get some reflection from the water, the buildings in the distance and the shore. 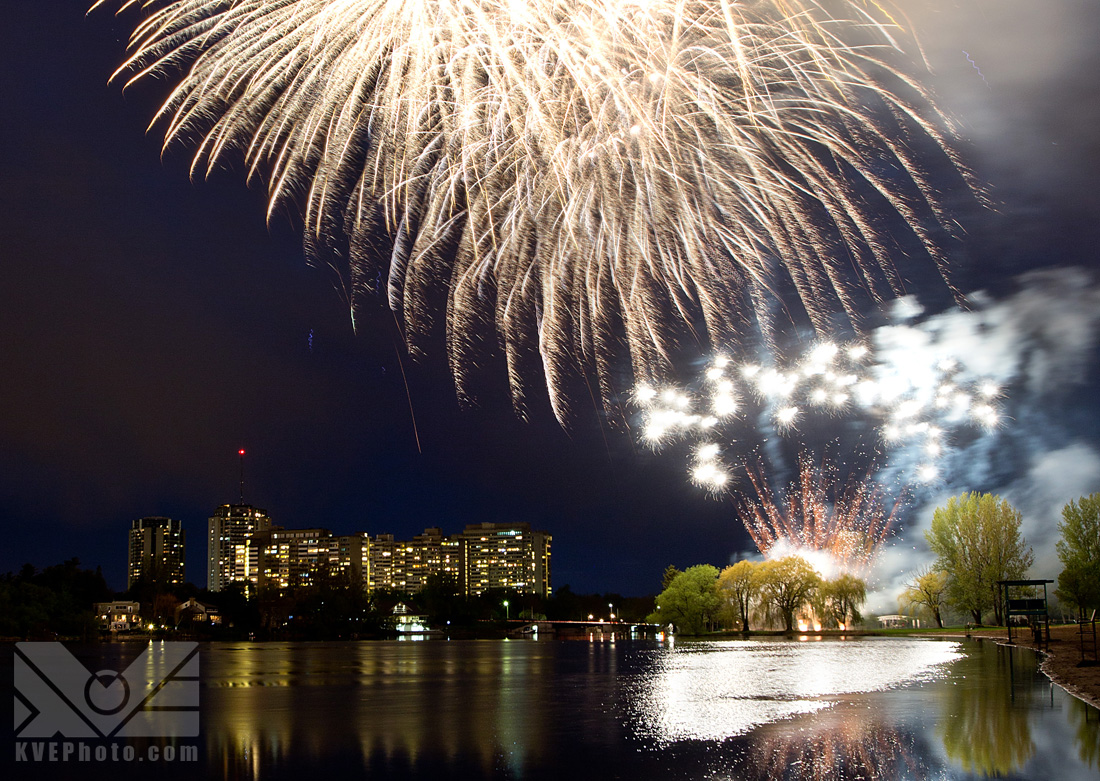 With fireworks photos, I find it is easy to get complacent about your framing. You tend to sit in one spot and continuously press the shutter button, hoping that the next fireworks will turn out to be more spectacular. With this photo, I cropped my shot quite a bit to go for a different look. I like the effect of the fireworks consuming the sky. 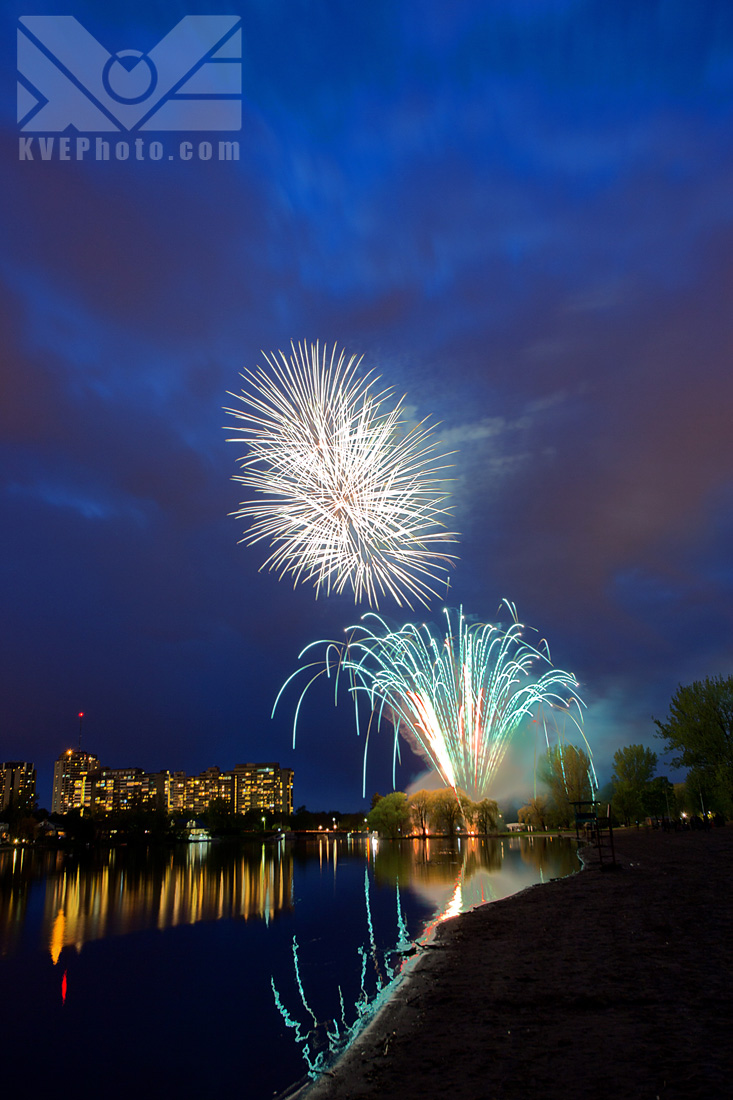 I was also enjoying trying out the wide-angle lens I bought a few weeks ago. It’s my first L lens (L denoting canon’s best line-up of lenses). It is lots of fun. Also, I admit to a fair bit of manipulation with the photos when it comes to lighting up the sky and the shore. It was almost pitch dark when the fireworks started, but I really liked having some of the sky and other details in there. But, just to be clear, that doesn’t mean I added anything. I made what was there more visible. I know there is a big debate about photo manipulation out there, so feel free to chime in. 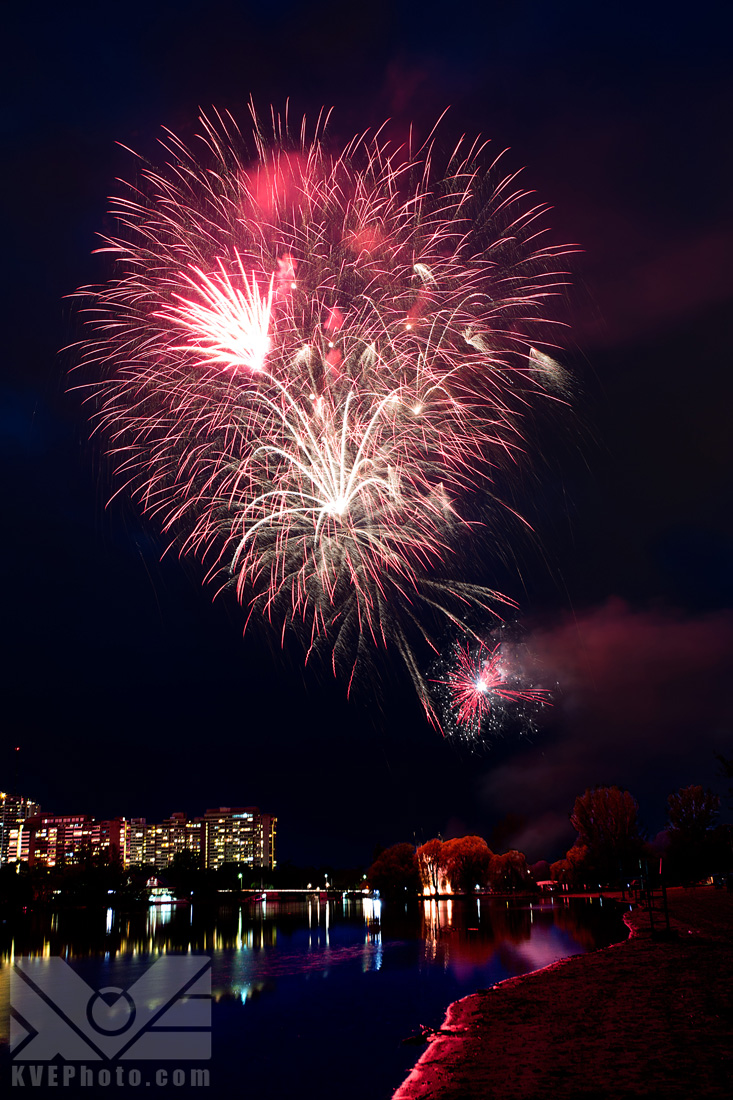 And there you have it, my fireworks photos from this weekend. Hope you liked them. Keep in mind, they are for sale, along with my other photos. Very reasonable prices and lots of different media.
As always, thanks for looking!


These are all just stupend-liferous-lative!!! Love them, Adam.


Just showed them to UncaM too–he thinks they are fab. He asked what you were doing at the “paper”–I told him selling advertising–lol!