This week, I have something very different. No stars or getting stuck in snowdrifts, and no long exposures (I know, it’s like I’m not even me anymore). This time, I am playing with double exposures with portraits, inspired by Sara K Byrne photography.

I found these amazing photos by Sara K Byrne photography that featured double exposure portraits. Double exposures are when two photos are layered one over the other to make a composite photo. In the days of film photography, this actually meant exposing the same piece of film twice. Now, the same thing can be done with a digital sensor … if you have a really expensive camera with the right software built in. I don’t, so I had to combine my photos in photoshop. It can be pretty difficult to make these photos look professional, and I am just playing around with the technique right now. But I was still pretty impressed with some of the results.

To be honest with you, right now I am just trying to mimic the examples of Sara K Byrne photos I saw, so full credit to them for an amazing idea and style. I will post a link to their website at the bottom of this post. But for now, check out what I’ve been talking about:) 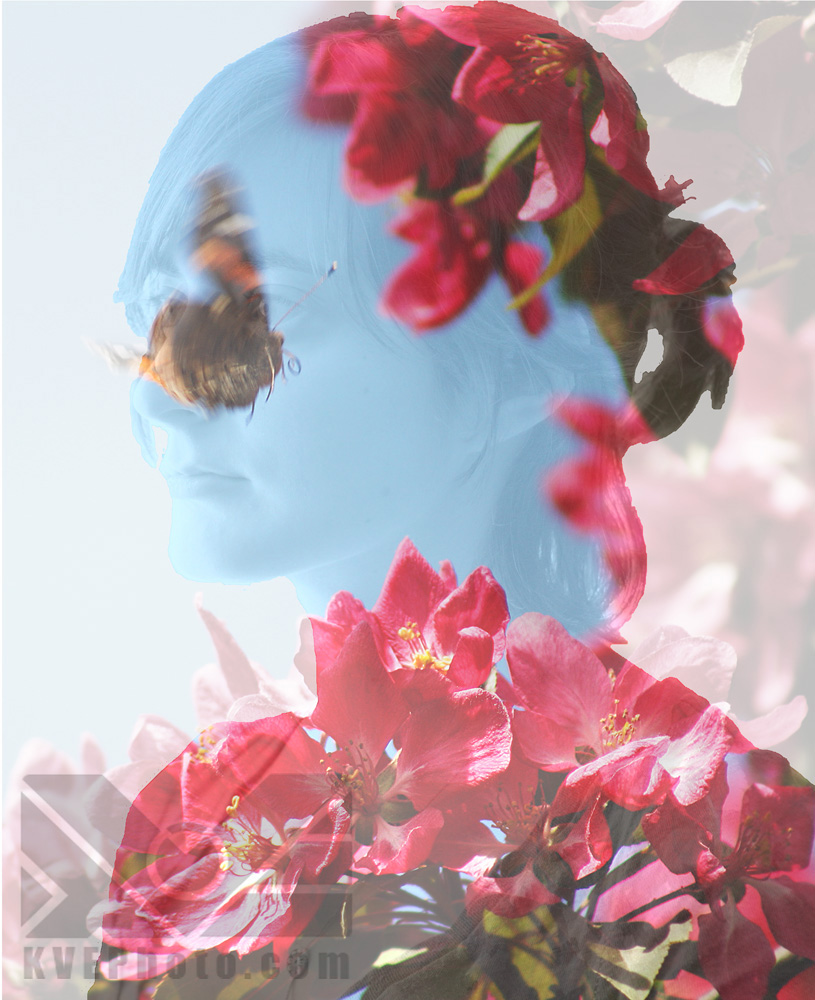 This was the first photo I came up with. Much thanks to my lovely and talented model. Here, the portrait shot was made partially transparent, with another photo laid beneath it. You can see the portrait is kind of roughly cut out in this photo, but I slowly developed my technique with the next photos.

In this photo, I combined another portrait shot (with hat accessory) with a shot of golden autumn leaves near High Level, Alberta. Here, again the portrait was made black and white, and partially see through, with some of the portrait erased completely. Here, I tried to give the feeling of a seamless fade from portrait to nature. 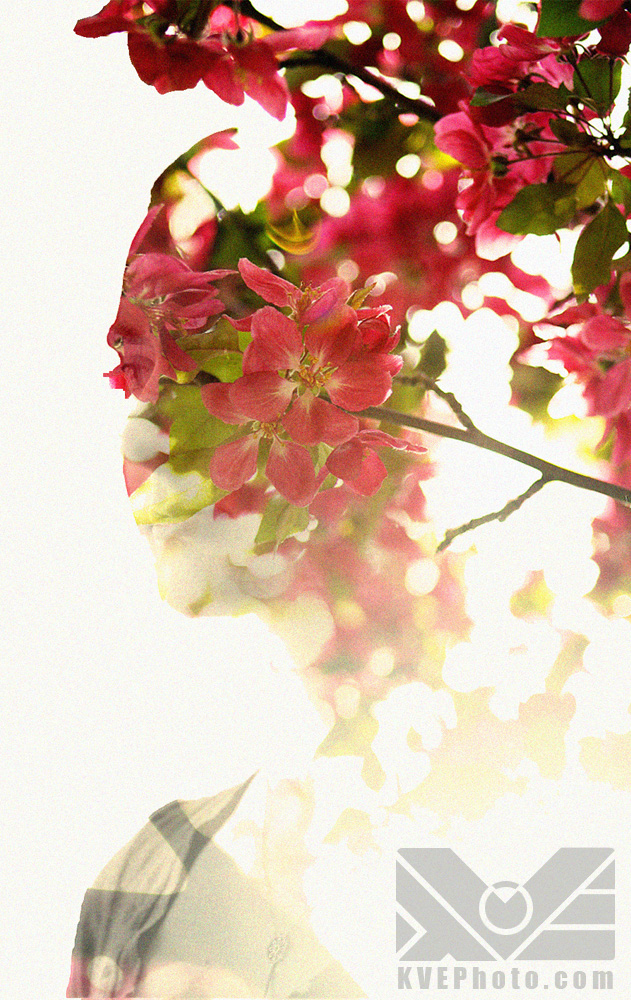 With this photo, the portrait shot is much lighter, with portions of it erased. I positioned the flower shot so that the sun would look as if it is coming from my models chest, and the branch with flowers at the end pointing the viewer towards the portrait’s face. I also added a slight grain to the photo to mimic the Sara K Byrne style. 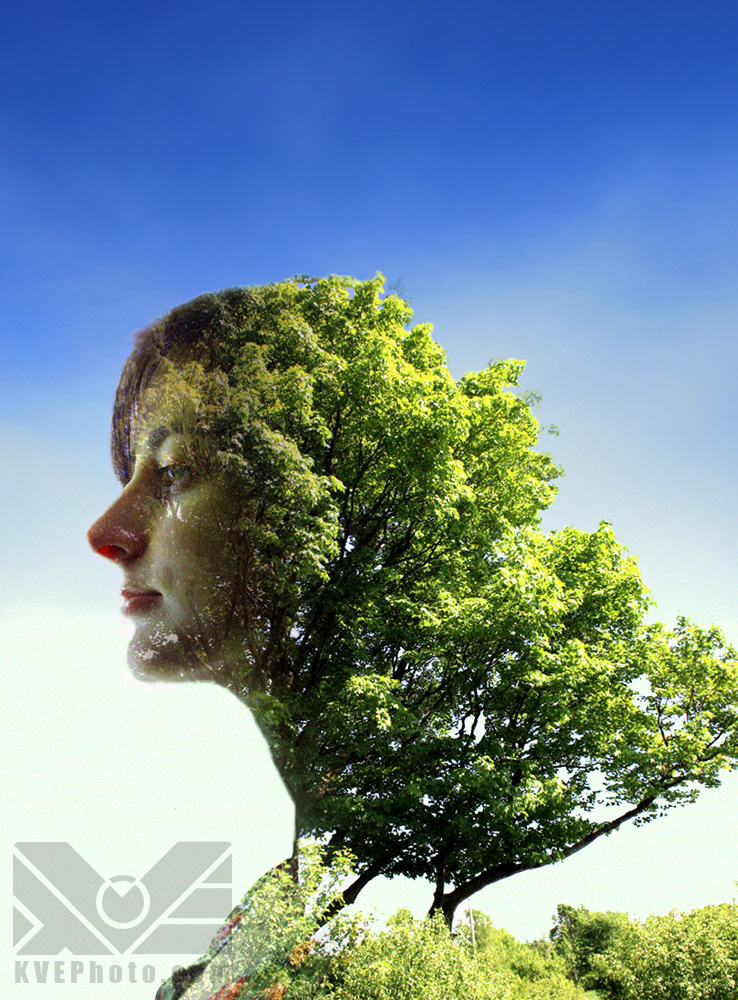 Though this photo is perhaps a bit strange, it is the one I am most proud of. Though the two photos that make up this shot aren’t by themselves all that interesting, put together, they seem very intriguing. Actually, there are three photos here: the portrait, the tree and the sky. Blending them all together to look like they actually belong was pretty difficult, but I think it really works. It also kinda reminds me of those Monty Python drawings. What do you see?

There it is, my experiment with double exposure portraiture. Like I said earlier, these are fairly derivative of Sara K Byrne photography, so for some exceptional photos in this style, check out: http://www.sarakbyrne.com/canon-5d-mark-iii-double-exposure-tutorial/

I hope you liked what I came up with. I’m hoping to develop my own style with this technique, but it will take some thinking and a whole lot of work. I hope you all are around to see what it ends up being, though!

Thanks for checking my photoblog out again!