I have something … a little different for you this week. I’m becoming more and more interested in the technique of light painting (using flashlights and other light-emitting devices to make effects in a photo), and I was sitting around, thinking about what I could with the devices I have on hand without going outside. Don’t ask why, I’m in a bit of a hermit mode right now.

Anyway, I purchased a Gundam model kit a few days ago and put it together (if you don’t know what Gundams are, google it, coolest things ever!). In a fit of geek-outedness, I decided to use light painting to make my model appear as if it is firing its weapons, just like in the show. It’s definitely a little out there, but it’s totally cool too!!! Anyway, this is what I ended up with, including adding some stars from my previous star photos in there. 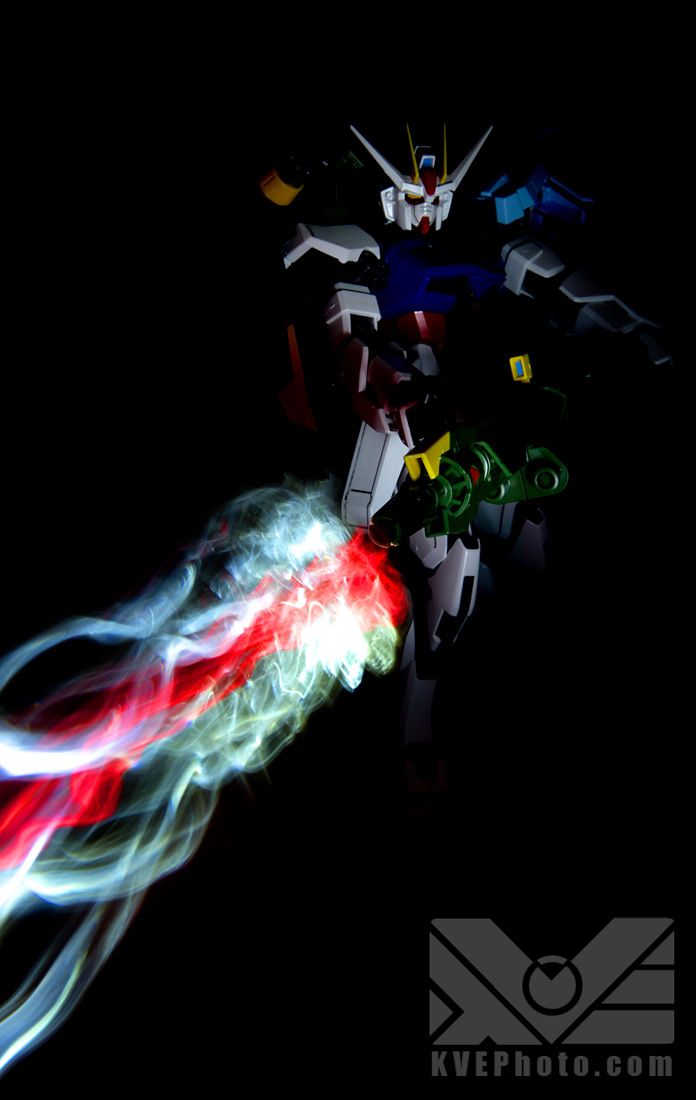 To be specific, this model is the Strike Gundam from the anime Gundam Seed. It has on its Launcher energy bazooka, which spits out massive amounts of energy that look just like this, except here, I used two LED headlamps to create the effect. 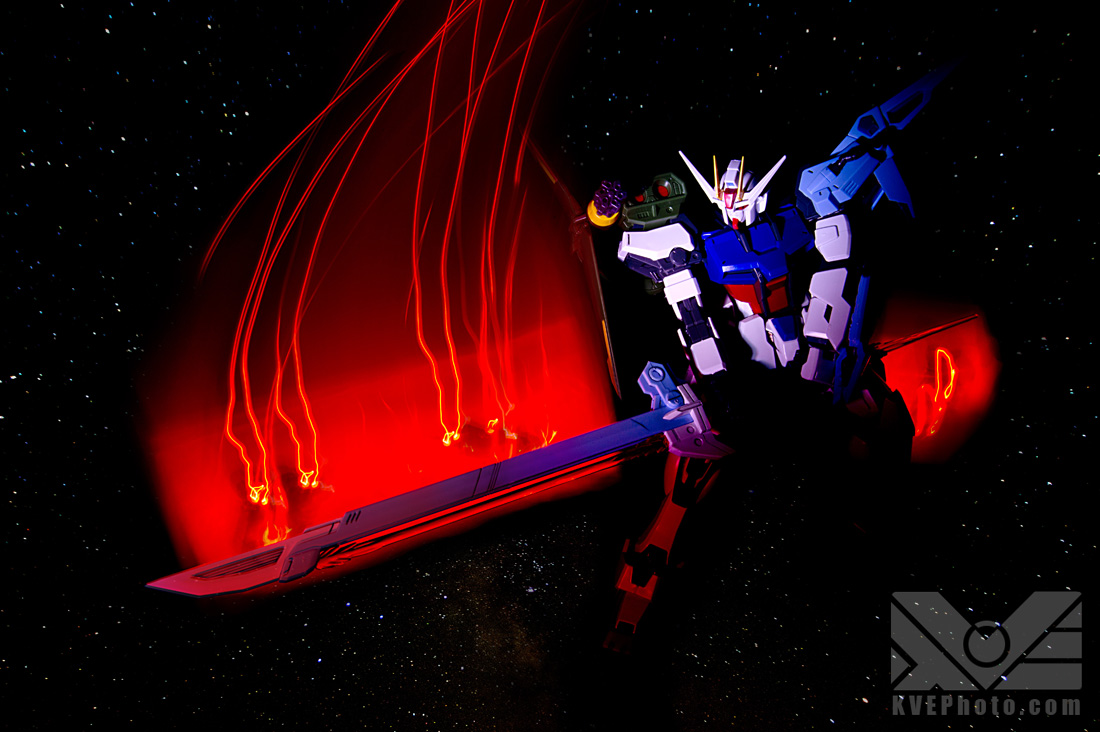 This time, it has its laser Sword weapon. I created the laser effect with a special light tool I made out of a strip of LED lights and parchment paper with holes in it to get the lines of brighter red in there. I then threw some white light on the body of the model, and then gave it a starry background in photoshop. 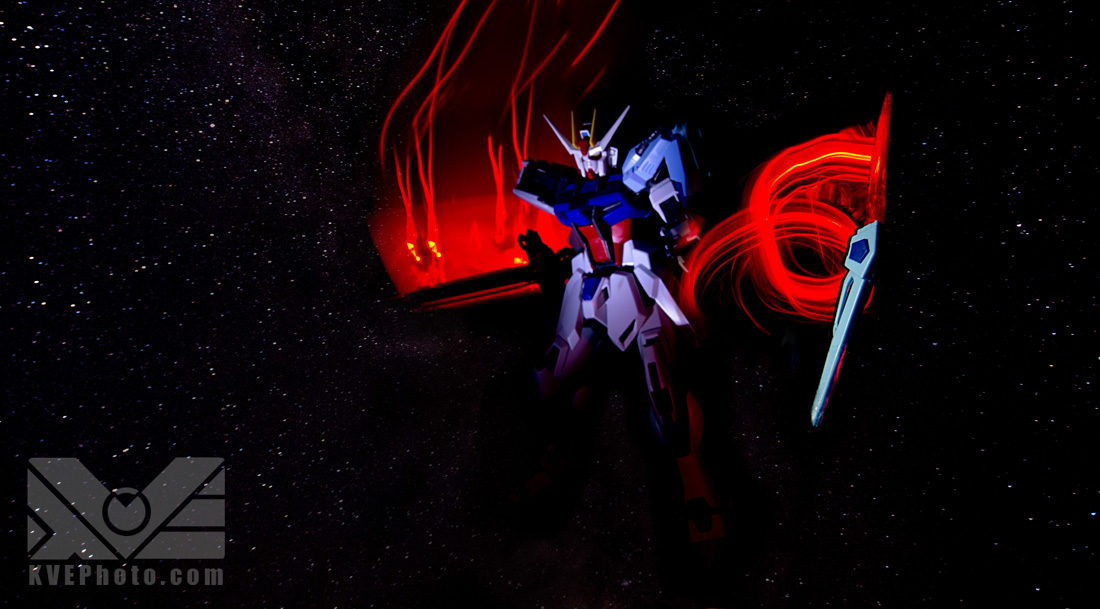 The sword weapon includes this cool laser boomerang, so I did my best to make it look like the model threw it, and like the spinning light came from the boomerang, which is, of course, just plastic. This was by far the hardest shot to get, as it included putting the boomerang on a wire so I could hold it up with my hand off camera, guessing where the red light had to go, and then hitting the boomerang with a flash to light it up. Including the background, this shot is a five-shot composite. 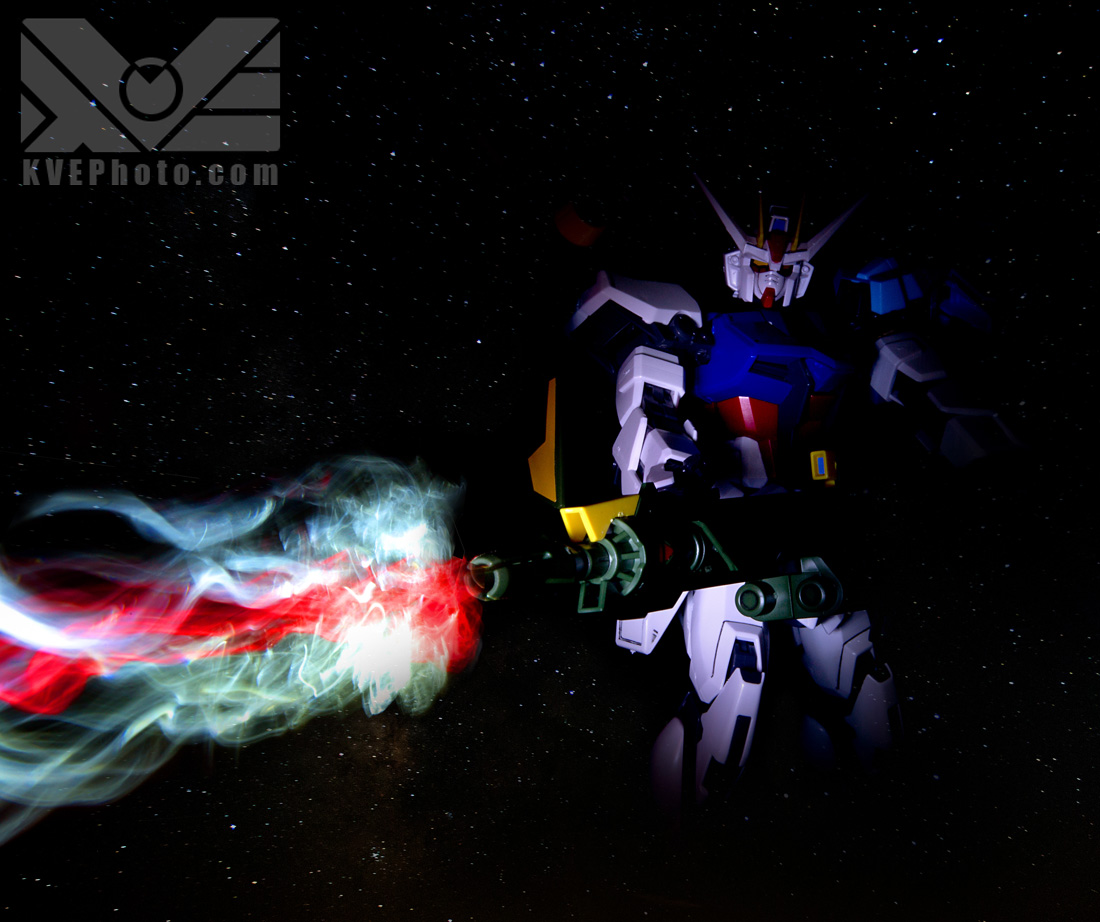 Here it is again with that bad-ass bazooka. You might be able to tell I used the same light effect from my first shot in this photo as well because it looked better than the effect I got when taking the picture of the model. You can tell my background wasn’t implemented too well here, as some of the bits of the model look transparent from erasing parts of the upper layer photo so the stars can shine through. Still learning:) 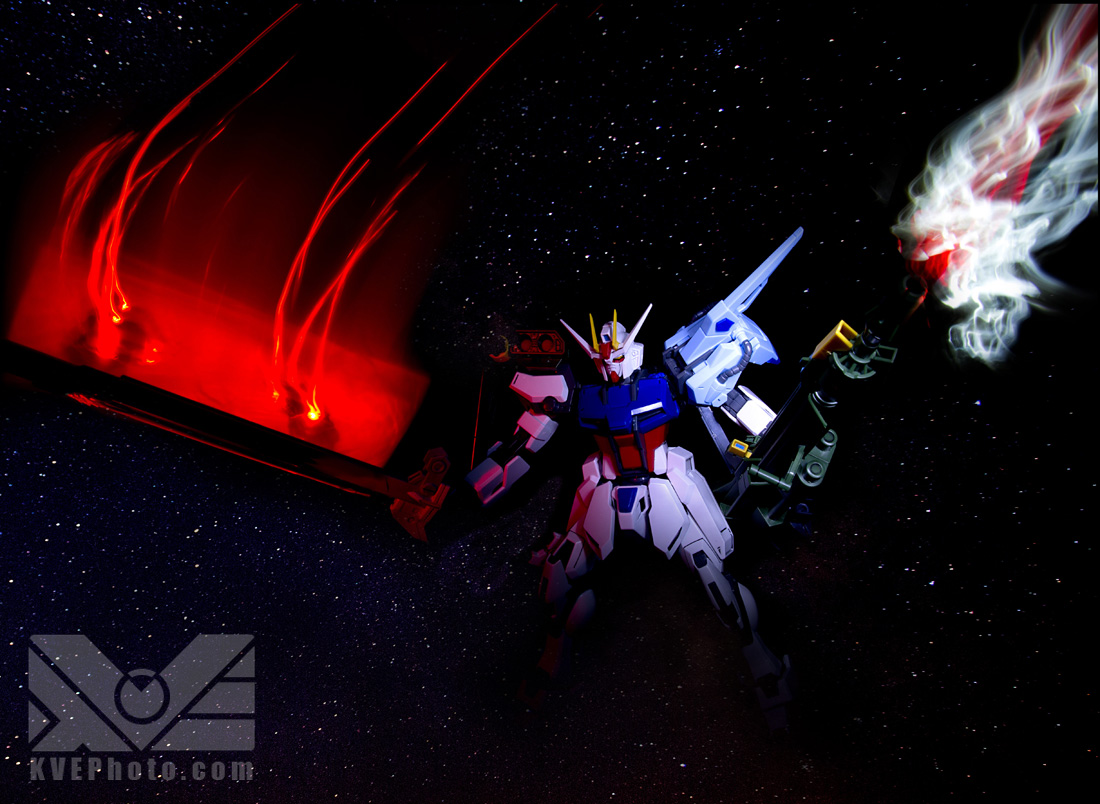 Finally, here is perhaps the most awesome shot of the bunch. Both weapons at once, why not go a little crazy:)

So there you have it, something different using just what was lying around my apartment. If anyone has questions as to how any of this was done, please feel free to ask. I’m still learning about light photography, and the goal is to apply these sorts of techniques to dancers and other artists as they perform in the real world.

Let me know what you think, and thanks for checking out my Gundam geek-out:)

See you next time.