Today, the photos I have to show have me very excited. This is something I want to develop and really experiment a lot with. It’s with one of my favourite things: light painting! But first, let me explain my premise.

So, in a world where video is very easy to do for anyone, some doubt the benefit of photos. I mean, they are just one frame, while a video shows hundreds. If a photo is worth a thousand words, surely a video is worth a million. But the benefit of photos is to freeze a moment: it’s there, and then it disappears. You might not even believe it happened. But in that one moment, there can be something amazing that you get to show people if you can only capture it just as it happens.

So that is why photography is still relevant. But it does miss out on a lot before and after that one moment. I want to show a bit of how people got to that amazing moment. With photography, people do that with slow shutter speeds: that lets viewers see a blur of movement along with (if done right) the sharp outline of the person moving. I want to emphasize that movement more, though, and show something that you don’t really see all together in one shot. Hence my action light painting shots. 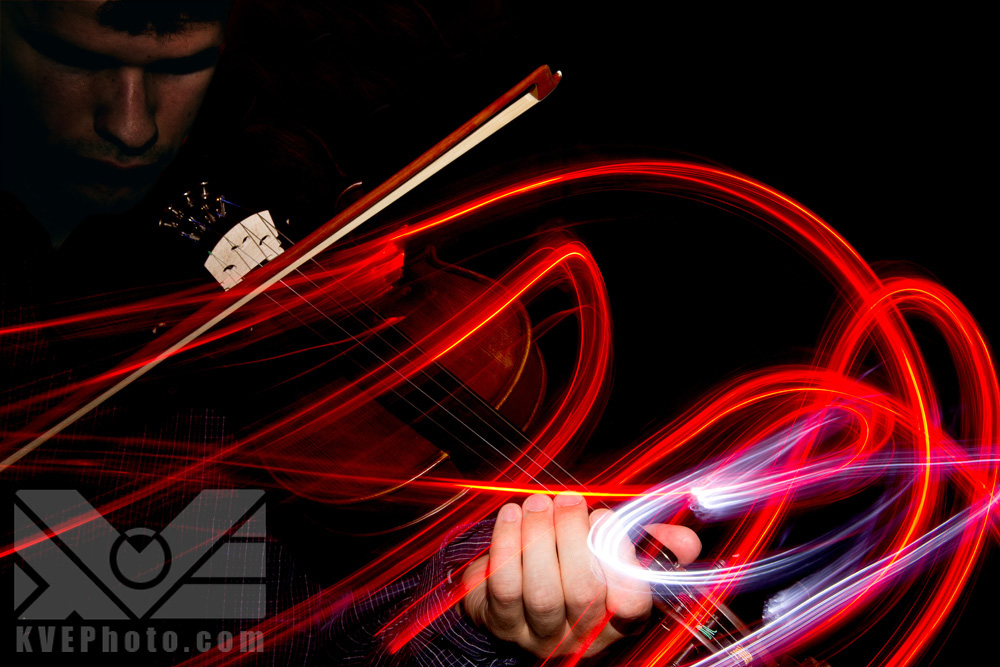 Here is what I’m talking about. This is one shot, and it is actually of me playing a song. Except, instead of hearing it, you get to see it. Can you guess which song it is? Haha, probably not. I’m actually playing a bit of the Lord of the Rings soundtrack – it’s called In Dreams. Anyway, click HERE to listen to it.

Now I want to explain a bit how this is done. It’s complicated by the fact that, at the moment, I am my own model. But I hope to use this technique to show off some of the amazing artistic talent in Ottawa and elsewhere. If anyone wants to pose for shots like this, please tell me! I really want to experiment with this.

Anyway, the way this is accomplished is with two led lights attached to my wrists, and a flash on my camera directed just the right way. 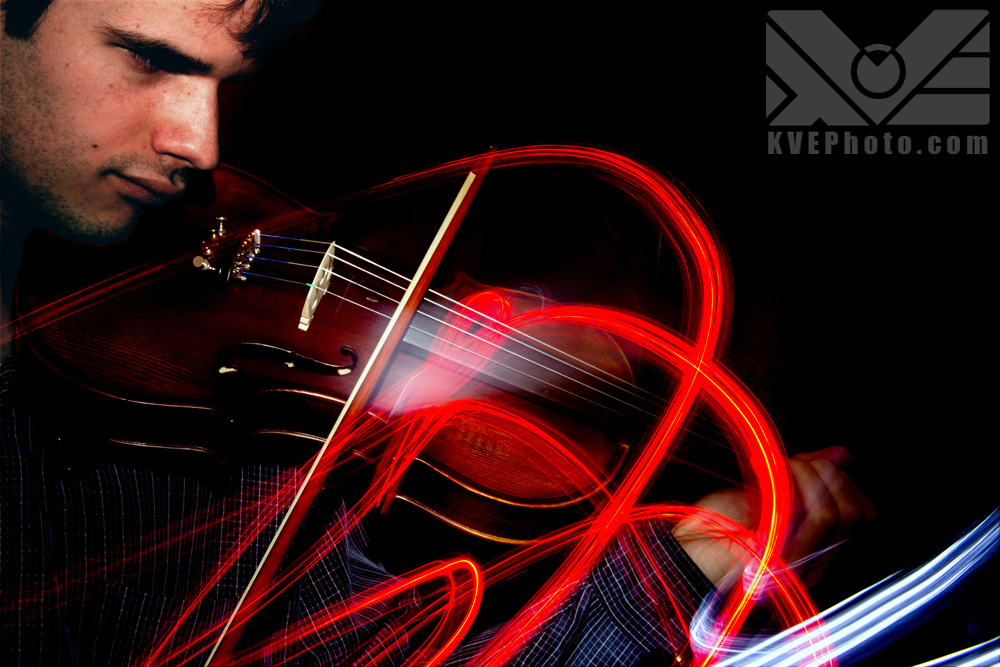 With the first shot as well as this one, I had a ten second shutter, and I had the flash set to go off right at the beginning. That way, I could pose for the shot, and then play after the flash. With just the right lighting, settings and movement, this is what you get.

It’s extremely important to me that these shots are accomplished in one exposure so they represent one section of time and not multiple shots spliced together later. It’s also very important that whatever movement the photo represents is actually what’s happening. I’m not pretending to play a song. I’m actually playing. You can actually tell.

The quality of the movement was different when I focused on playing during the shot. The nice, smooth strokes generate the best picture and the best song. 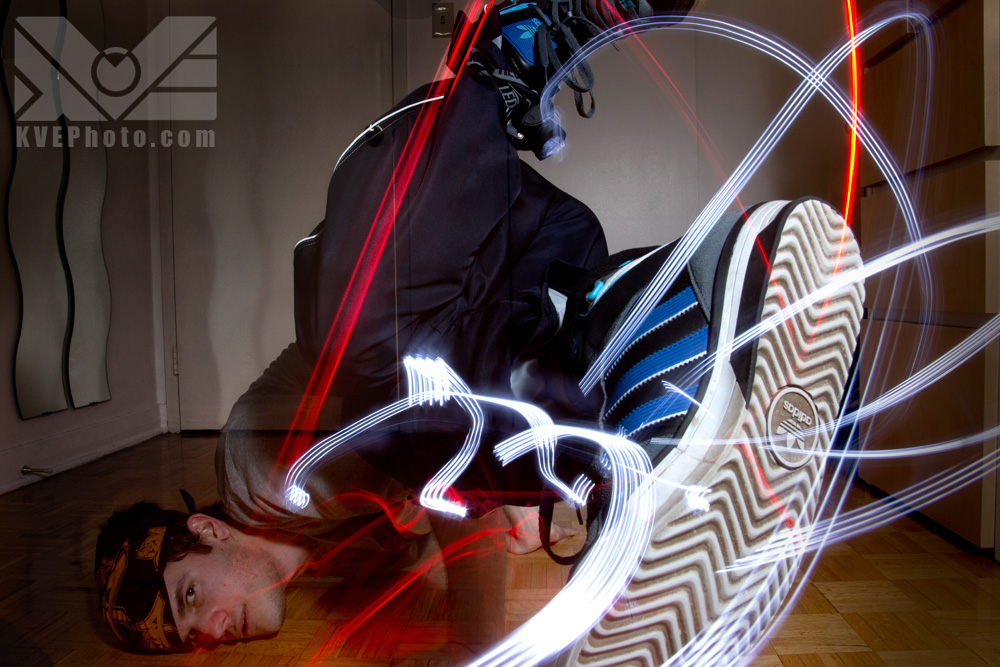 Of course this technique isn’t just for musicians and music. It can also be for dancers. Again, I was my own model, which makes things a little more complicated. But here, I’ve attached the lights to my ankles, and bounced my flash to light up a larger area (after cleaning up my room a bit!).

These shots were accomplished in much the same way as the first, except I had the flash go off at the end of the ten seconds, giving me time for some bboying, and then into a freeze for the flash to literally freeze me.

These shots were much more work than a lot of my other photos. Not just in terms of setup, but also in terms of trial and error. For the bboy shots, it was really tiring!!! But that’s because I wasn’t just pretending to move around for the benefit of a nice photo. I was actually dancing. That’s the whole value of taking the photo – capturing something real that actually happened, not just getting a nice photo that pretends to capture something that happened. I can only imagine how amazing the shots will look with really talented artists performing/posing for them!

As I said, this is something I hope to develop quite a bit and continue to experiment with. If there is anyone who sees this who likes this and thinks their talent would benefit from shots like this, please contact me. I would be thrilled to work with you! Keep in mind I’m based in Ottawa but am willing to travel if an amazing opportunity arises (HOPES!).

Over the next little while, I will be improving my stable of led lights and flashes to try some even crazier shots, especially at interesting locations.

If anyone has ideas for this, please tell me, I am all ears.

Again, thanks for checking in, and I hope you enjoyed the shots.