The flowers are out and the birds are chirping

I am happy to say that, at long last, it is indeed Spring in Ottawa. Apart from finally getting some warm weather, it also means that photographers finally have some lively, colourful things to shoot! Thank gawwwwd is all I have to say.

What follows are shots from two trips – to the field behind McCarthy Park, and to Parc de Plaisance just east of Gatineau. These springtime shoots were all about taking notice of small details, taking the time to compose shots, and alternately, learning to be quick on the draw to catch wildlife. I am just going to post a few photos here, but if you want to see my full gallery of shots, click HERE.

Like this guy! This photo was from the trip to Parc de Plaisance. There are numerous trails, and one section was partially flooded still. That meant not many people were going there. We decided to take a little adventure, and wow was it beautiful. Not only that, the animals were particularly un-skitterish (not that that’s a word). They were more willing to be photographed and looked at here than anywhere else in the parc that we went. It was so cool. 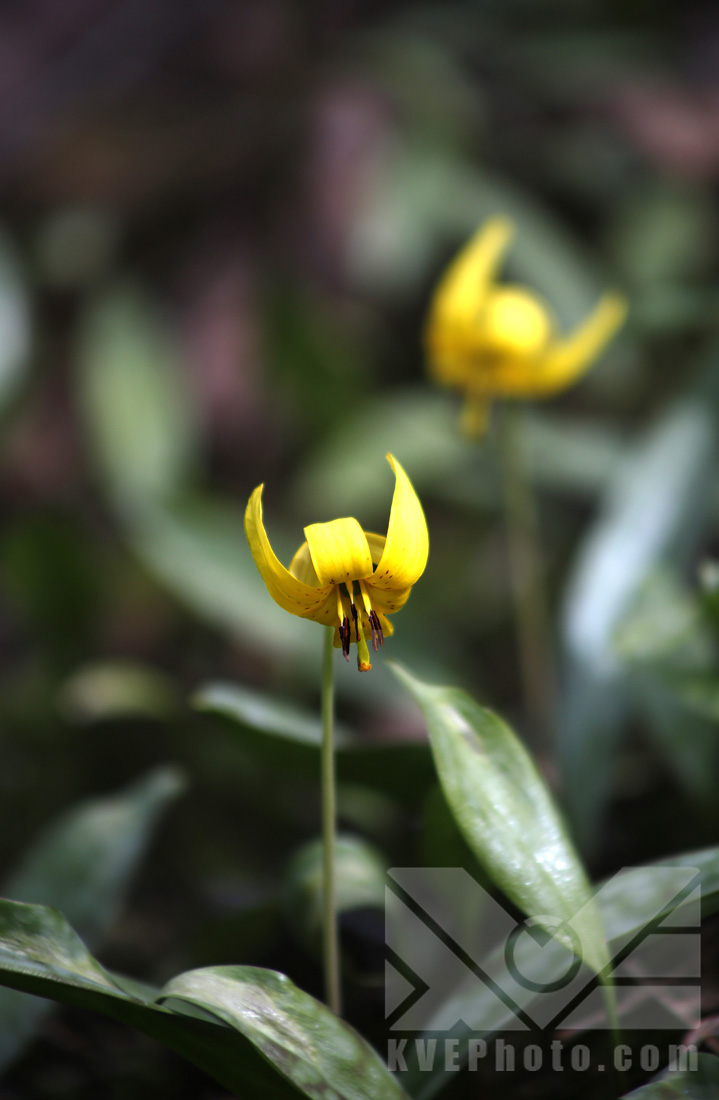 There was also less frustrating quarry to shoot, like these trout lilies. Shooting with a long lens, like 150 to 300 or more, can give some pleasing out-of-focus areas, placing one flower right in focus and the other a smooth blur.

Catching these little birds was the real test. Getting the things in focus is the hardest part, especially if you want to catch them while they are flying. However, adjusting to lighting was also difficult, considering the clouds covering the sun every once in a while. But, after some editing, I’m fairly happy with this image. But, the first thing that has to happen to get a shot like this is noticing the birds and seeing that they are having a spat in a particular area, rather than flying all over the place. 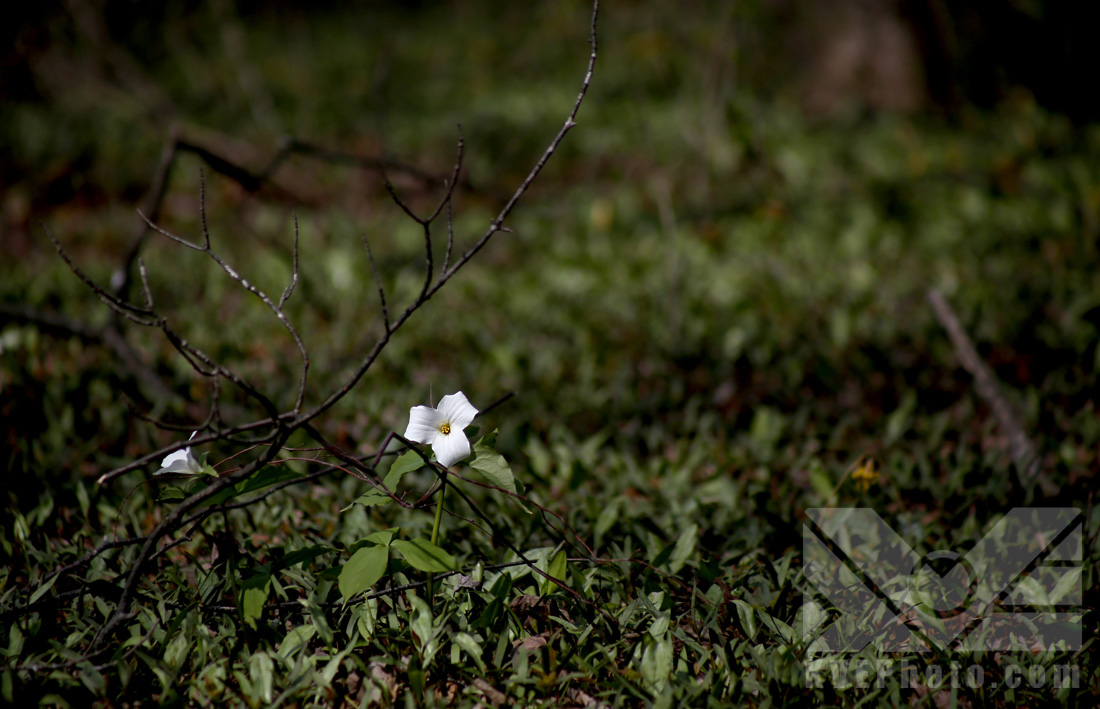 In Ontario, you can’t ignore the Triliums! Apparently, they are out in force this year under the barren canopy of usually shady forests. In a normal spring, the trees would already be covering the forest floor with shade, blocking the sun. This year, it seems the flowers are getting a chance to bloom much more than in others. Here, I made sure to keep the Trilium petals the brightest things in the shot so that your eye is naturally drawn to them. It also gives the forest floor a cool feel. 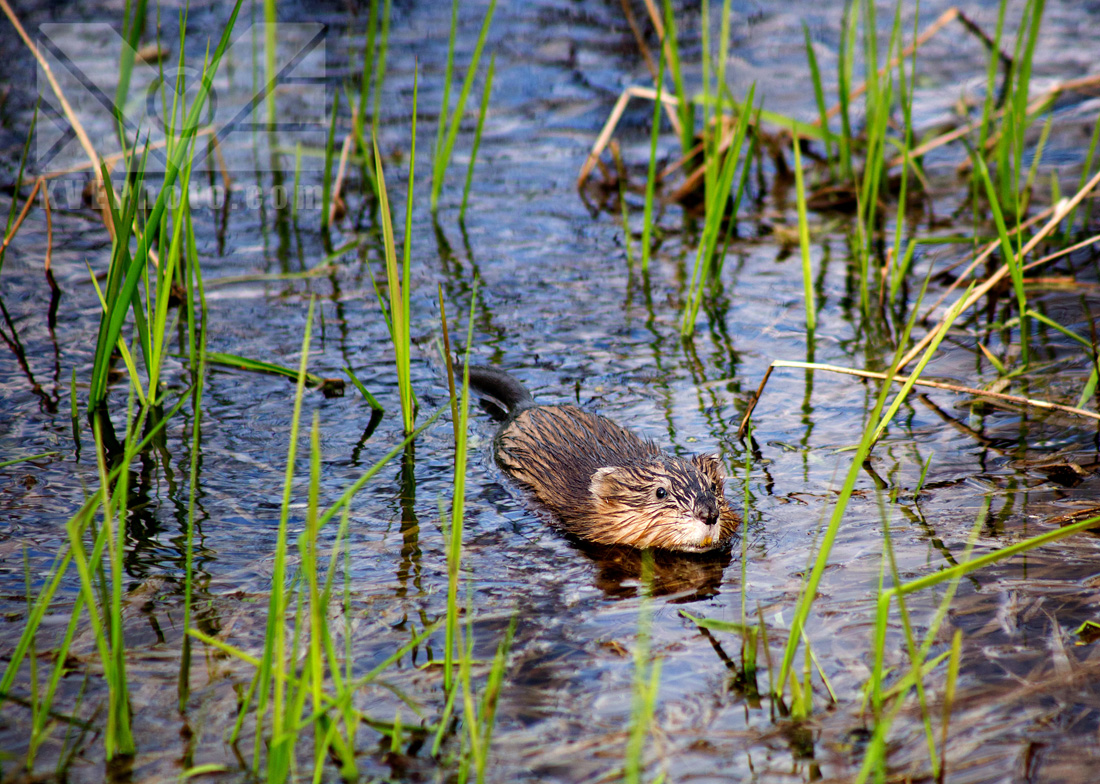 So far, I have never seen as many beavers in one place as I have at Parc de Plaisance. This guy was particularly interested in us. 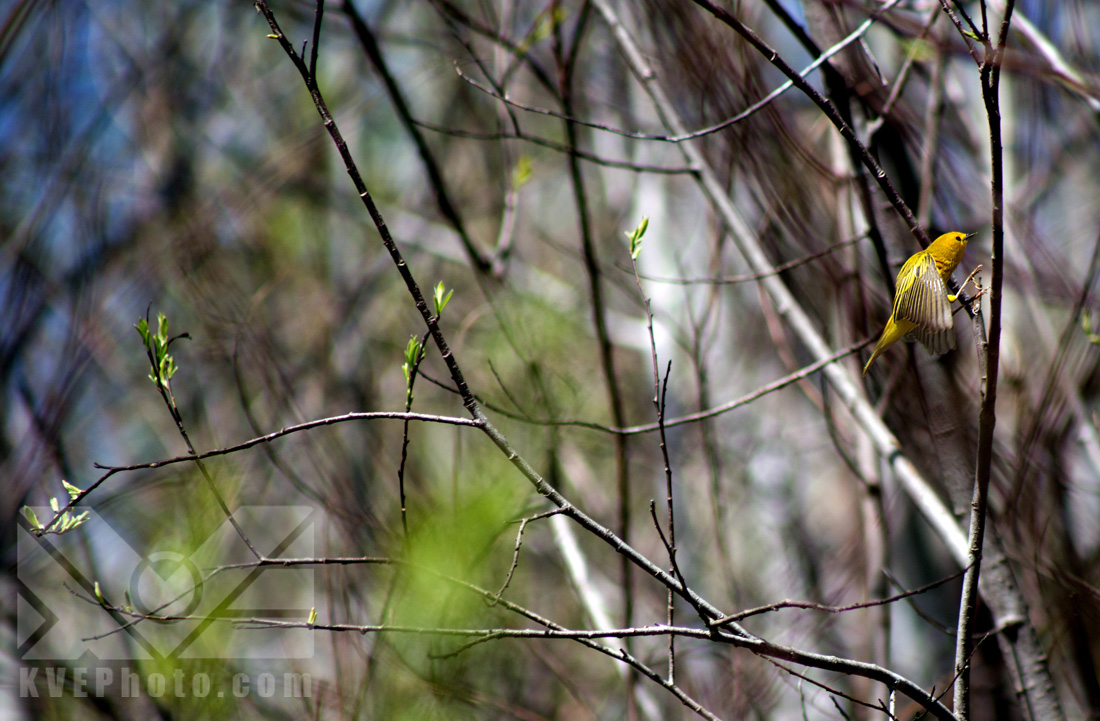 While I was using a 300mm telephoto lens for this shoot, the birds I was trying to capture were still pretty far away. That leaves me with a choice in cropping. Do I crop close to see as much of the bird as possible, or do I try and use some of the surrounding foliage? This time, i wanted to include some of the blues and greens from the background, as well as the in-focus tree branch to lead to the Golden Finch landing on the branch. Think I should have done a closer crop? 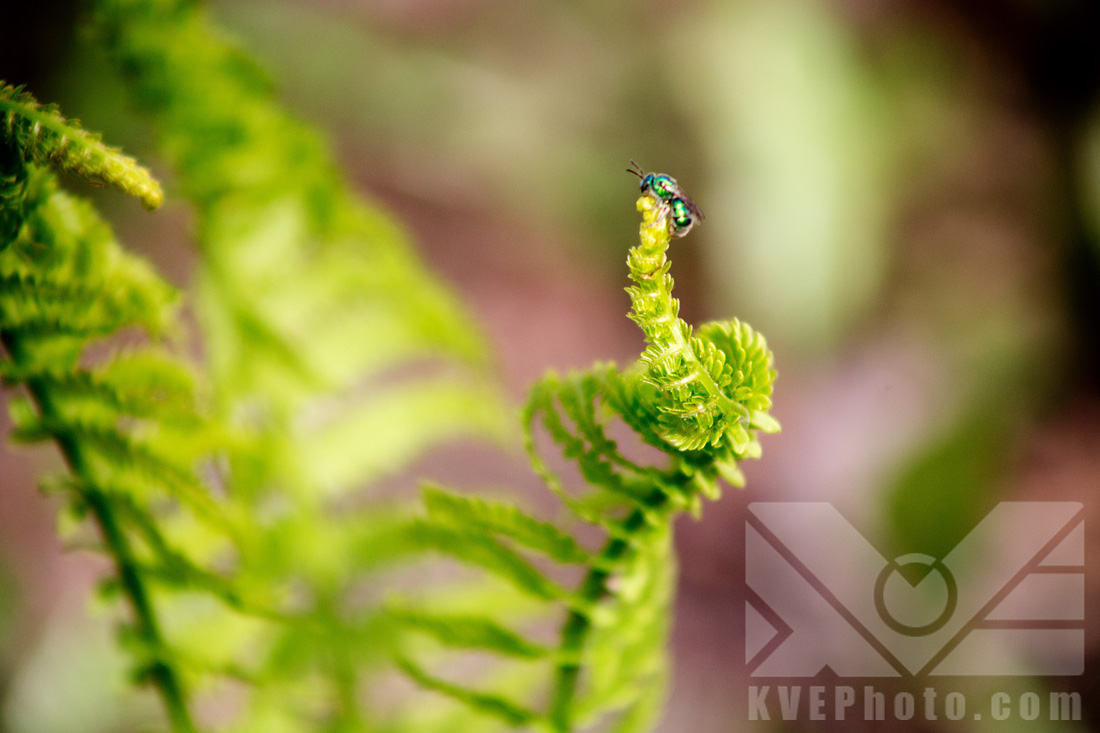 This is the type of thing I mean when I talk about noticing little details. There were hundreds of nice, bright green ferns everywhere, but this one caught my eye because of the darker green tip that turned out to be a little bug. It made for an interesting subject and added another element to the shot.

Those are some of my favourite shots I took on those two trips. I hope they gave you the urge to go out and see what is growing this spring! If you want to see more, click HERE for the full gallery.